The Christian and Racism in America

The Christian and Racism in America 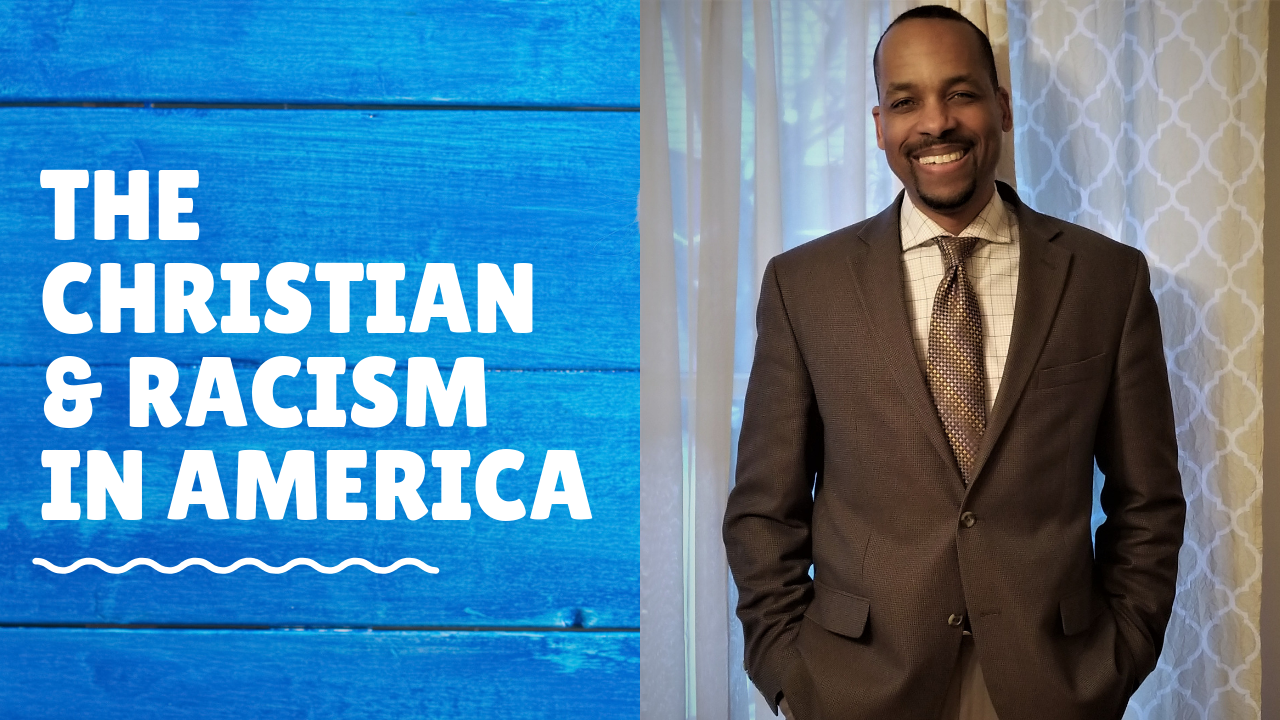 What should Black Christians & Pastors do about racism in America?
10 simple reasons why joining the “white supremacist” band wagon is a bad idea?
For context, a friend posted this. 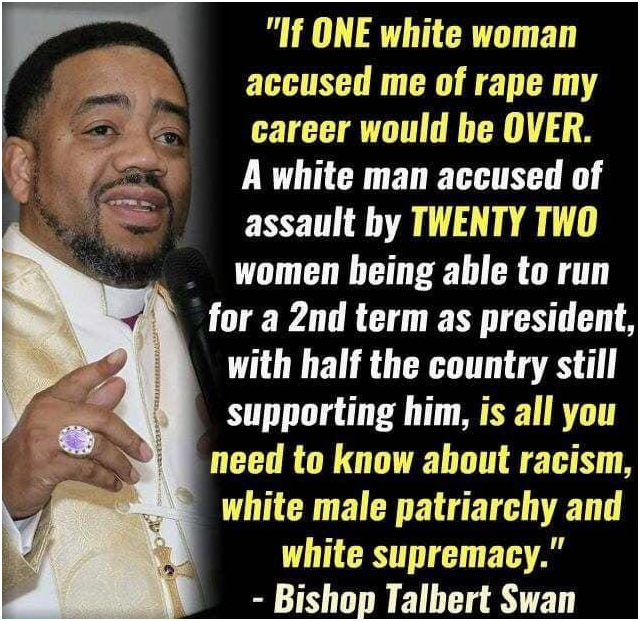 I then made a life video here
Are Christians that hate Trump required to obey 1 Timothy 2:1-6?
After feedback from others I came across this from a good friend.

“Yes the scenario with the Bishop Swann analogy. It’s a very real thing that plays out in society. Literally not even 4 hrs. After your FB live, 2 stories popped up on the news that supported such.

One thing I’ve notice consistently among black men, pastors & Christians is it appears that being one, many of you abandon your sensitivity, awareness & experiences of living as a black, brown person in this world.

I feel like the two don’t have to cancel each other out. You can be black & Christian, Christian & black – whatever suits you 1st. Yet still embrace the fullness of each experience.

Yeah I’m Christian, but I realize I live in a world where because of my skin color:

Whether I may like, dislike, acknowledged it or not even if it isn’t directly me.

The truth is, someone that looks like me has the high potential to be unfairly accused or judged based on what they look like.

While there counterpart who may profess to be the very same thing -Christian – but white, will not. I don’t think there are any verses in the book (Bible) to ignore the reality of life.”

To my friend and brother- My response!

“Well said. I don’t deny that racism and white supremacy, or any other supremacy (prideful superiority) exist.

My thing is always, what does God expect from me? And the children of God?

The black Christian or Pastor does not help by focusing on the problem -WITHOUT THE GOSPEL!!!

Hatred, Prejudice and Racism have always existed. But what is the answer?

You know this; Jesus says, hatred and pride, of all kinds, flow from the heart.

So ONLY highlighting racism, prejudice and mistreatment in a society, getting angry about it, and joining a for example- the BLM movement, to me, only:

When Pastors and Christians join the fight of the world, they forget their call and mission is to FOLLOW Christ and Him alone. And to fight for and in the same way he commanded. There was racism and prejudice in His day. The Jews hated and mistreated the Samaritan’s? The Romans did the same and worse to the Jews. How did Jesus speak to or model how we should deal with these matters?

Hopefully you get the point.

To continue, I said “…highlighting racism, prejudice and mistreatment in a society, getting angry about it, and joining the BLM movement, to me, ONLY”

In addition, I moved to NYC in the 80’s. Went to school in Brooklyn. The racism of black Americans towards me was worse than anything I had seen or experienced from non-blacks. Telling me that everyone can be racist or FEEL superior to others. I am aware that there is a teaching that blacks, or oppressed groups, CAN’T be racist.

I remember watching roots as a kid. Though I NEVER had the thought as a child, watching those kind of movies made me feel hatred toward white people. It didn’t matter if what was dramatized was based in truth or reality. My question is, should that have been my focus, education or entertainment? I say no.

Being aware of the past is helpful, and even necessary. Acknowledging these things is helpful. But how we engage with material has everything to do with how we respond or PERCEIVE.

I SAY NO, if it would stir up thoughts that MAKE ME disobey Christ command to love my neighbor and my enemies. Watching roots did that. So I couldn’t watch anymore. Just a small example. I believe continual and highlighting of racism in posts and videos does the same. God says BLESSED are the pure in heart. I want to keep mine pure, so I can see God; and others properly.

Just because the media don’t highlight much of it, doesn’t mean it’s not happening. There is a poor white neighborhood near me, and they have no privileges because of the color of their skin. At least none that they see or i have been able to recognize.

I am not denying that there are millions of people across all tongues and tribes they have been taught by media, traditions, culture, education and examples, that LIGHT SKINNED and WHITE SKINNED, not only superior, but better. But I don’t have to believe, promote or preach it!

They act like carnal weapons can deal with SIN problems. Yet the Bible says the weapons of our warfare, “…are not carnal, but mighty through God…”

It takes us backwards. America is not as racist as she was in the 60’s. Or in the 1800’s. Not saying we should settle for less than total equality and justice. But the reality is, as long as sin is alive and well on planet earth, these things will not BE a reality for all. ONLY Jesus is the prince of peace. And He commands me to BE A PEACEMAKER. Not sure how we can make peace by stirring up strife. Sadly, there are some Christians – my words have no authority, to non-followers of Christ – who speak and act like America has made no progress. This makes current generations ungrateful, angry and promotes the sin of entitlement. This denies the truth that America and the majority of Americans are “good” at heart.

Salt – making others thirsty for Christ

And light – showing people the ONLY way

Too many of the people that they must reach.

There is one solution or answer to:

The Power of the Gospel of Jesus Christ.

When hearts repent and turn to God in faith, behavior will change. We can’t legislate righteousness! Laws don’t change hearts. Though it can curb behavior. The Christian should seek permanent and unchanging solutions!”

Inspiration From The Dead In 3 Minutes 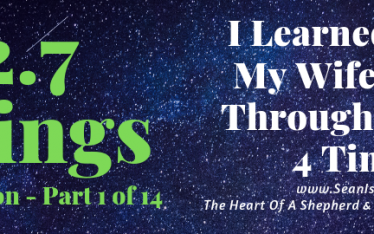 CANCER AGAIN? 12.7 Lessons I learned from my wife going through Cancer 4 times – Introduction – 1 of 14
In August 2014, a few days after returning from our family vacation, my wife began to express that there was a pain in her shoulders. The pain wasn’t initially enough...
93 LikesLeave a comment 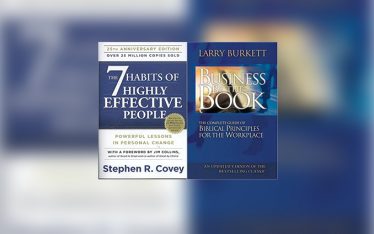 Books that have changed my life – Episode 0004
As I sit to write this morning, I am encouraged by the reality that Christ is my Lord and Savior. I pray that you can say the same! I am...
145 LikesLeave a comment 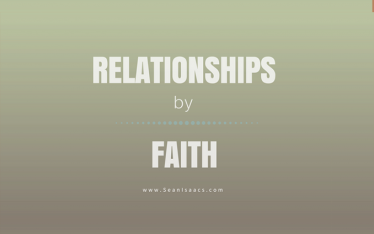 Relationships By Faith!
For the past few weeks, my wife and I have been discussing the need to start a blog and podcast which will assist and help others with the important topic...
113 LikesLeave a comment
This website uses cookies and other tracking technologies to assist with navigation and our ability to provide feedback, analyze use of our products and services, and assist with our promotional and marketing efforts. Learn More.