CANCER AGAIN? 12.7 Lessons I learned from my wife going through Cancer 4 times – Introduction – 1 of 14

CANCER AGAIN? 12.7 Lessons I learned from my wife going through Cancer 4 times – Introduction – 1 of 14

In August 2014, a few days after returning from our family vacation, my wife began to express that there was a pain in her shoulders. The pain wasn’t initially enough to be alarmed, but it increased and moved to her clavicle, leg, and chest. It continued on and off for a few months, until in Sep/Oct 2014 my wife went for her regular 3-6 month scan at Sloan Kettering Hospital in NYC. She found out that she had Cancer again, for the 3rd time,after being in remission for 11 years. This time, the Cancer was in her bones. The PET and bone scan lit up like a Christmas tree from her skull, to her ribs, femur bone, hip, shoulders, and other areas. She would eventually have to have another surgery to implant a steel rod to hold up her diseased right femur bone. This would add to the many that she had already endured. In 2018, after three years of treatment, the bones were cleared, but spots were now seen in her pancreas and liver.

If you experienced Cancer or know a loved one that has, you can probably imagine that this was an extremely difficult time for the Isaacs’ family. I am happy to say that during the writing of this article, January 2019, my wife’s scans are almost completely clear again!Praise God, from whom all blessings flow!

In order to get through the challenges and difficulties of life, I have learned how to see a “seed of benefit” or blessing in every difficulty. All the personal development training I have done in the last 3 decades, I am sure has influenced and impacted my positive thinking. So this challenge was no different. There were times along the way that Deborah felt she would not survive. But the Lord always gave us grace to continue and believe that she would “…live and not die, to declare the word of the Lord.”

I began thinking through the lessons I was learning during Deborah’s cancer battle in 2015 and 2016. At that time, America was extremely divided politically, spiritually, and racially. We were getting ready for another election year. Tension between blacks and the police was at an all-time high and Black Lives Matter and the media were doing their best – in my opinion – to further destroy any sense of unity that we had as a people or nation.

If your social media news feeds were anything like mine, your family and friends were divided in every way possible. I felt powerless to have any real impact on all the online and offline dialogue. At the time I was co-pastoring a predominately white church. The majority of my congregation were passionate about conservatism and had a difficult time embracing that someone could be a strong Christian and still support a democratic platform that included gay marriage and abortion. Yet, I had many online friends who also loved Christ and were democrats.

Back in May of 2018, I got so frustrated about all the Black Lives Matter posts and police brutality info being promoted on my news feed I felt was creating more division, that I posted the following question: “Do some black Christians APPEAR more loyal to their ethnicity than Christ and His Gospel? #ThinkingOutLoud!”

I thought this would open up dialogue and help some of God’s people to embrace my conviction that the child of God should live above race, politics, creed, or social status. I was shocked that there were more than 90 comments. What was more shocking was the amount of people that felt I was insensitive to blacks by asking the question.

What does all of this have to do with the 12.7 lessons I gleaned from my wife going though Cancer 4 times? After reflecting on how much of a help and blessing my church was to my family during my wife’s last major battle with Cancer, I wanted to think properly about the brothers and sisters in Christ that I loved but had different experiences. I decided to quickly write some of the benefits that I gleaned as a Husband of a wife with cancer.

I encouraged Deborah to do the same. At some point I suspect we will provide a link to the 12.7 things that she learned as well.

Here is my list of the 12.7 things I learned from my wife and family going through Cancer 4 times in the past 17 years.
1. Racism is not as alive in America, as THEY say!
2. Our kids can learn many things as WE ENDURE this difficulty together!
3. Everyone knows how to get rid of Cancer!
4. My wife is much stronger than I thought!
5. Spending an extra $30 on shoes or groceries is not worth an argument.
Forgive me, Lord!
6. My kids are ignorant of Health and Nutrition – Help!
7. Going through THE PROCESS of any difficulty is the hardest part!
8. If I focus on the STAGE IV diagnosis, my heart will be discouraged!
9. There is not enough time to learn about what to do and not to do
“Father, we need your wisdom!”
10. More people are affected by this disease than I knew!
11. Music is extremely powerful!
12. God is faithful regardless of the outcome!
12.7 – There is never a reason to ask “WHY ME?”

Inspiration From The Dead In 3 Minutes 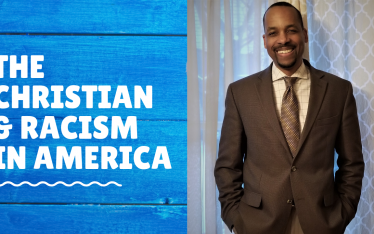 The Christian and Racism in America
What should Black Christians & Pastors do about racism in America?  10 simple reasons why joining the “white supremacist” band wagon is a bad idea? For context, a friend posted...
81 LikesLeave a comment 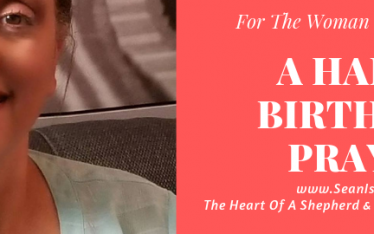 A HAPPY BIRTHDAY PRAYER FOR THE WOMAN OF MY DREAMS
This morning as I sit at my PC, I am unable to sleep.  If all goes well, I have planned one of the most beautiful weekends for your birthday. I...
89 LikesLeave a comment 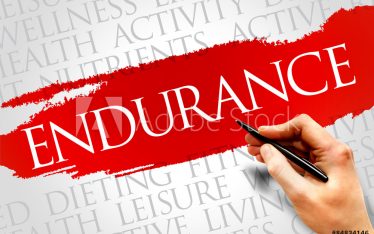 A Woman of Strength & Endurance
This morning as I sit to write, it’s difficult to know where to begin. In the past 25 years, you have become the strongest person I know. THANK YOU! As...
128 LikesLeave a comment
This website uses cookies and other tracking technologies to assist with navigation and our ability to provide feedback, analyze use of our products and services, and assist with our promotional and marketing efforts. Learn More.